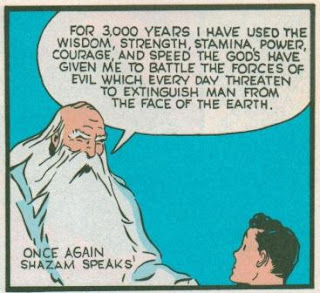 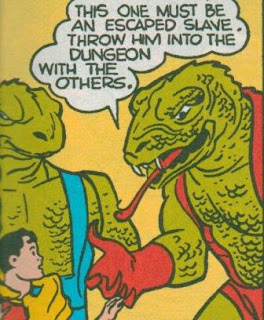 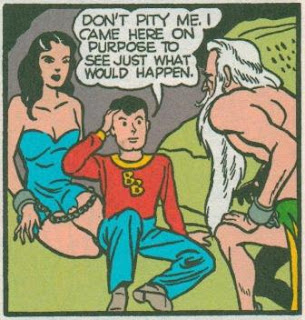 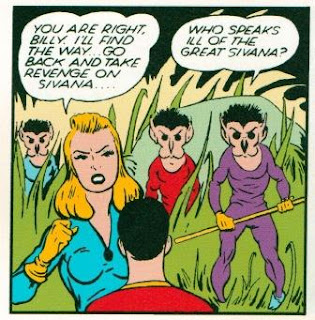 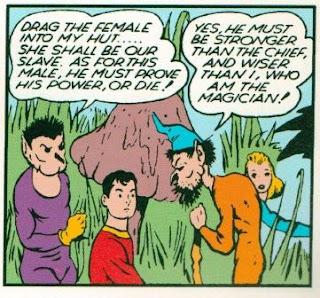 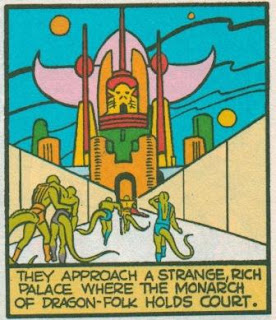 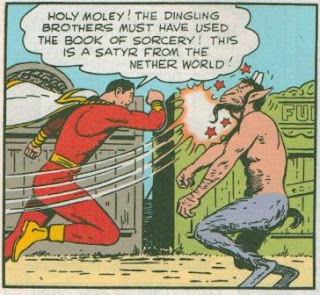 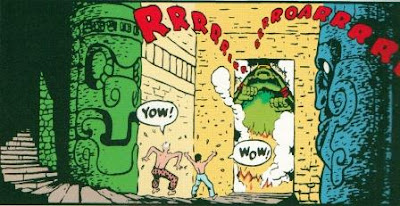 DC is now in the process of re-imagining The Big Red Cheese.  “Shazam” currently appears as a back-up in the most recent incarnation of the Justice League.  Billy’s a total delinquent.  At first that put me off, but I can accept it, depending on where they go.  Too early to tell.  It could end up terrible, could be ok, maybe better than ok.  I’m reserving judgment, hoping for the best.
Posted by landlord dombrowski at 7:57 PM 2 comments: 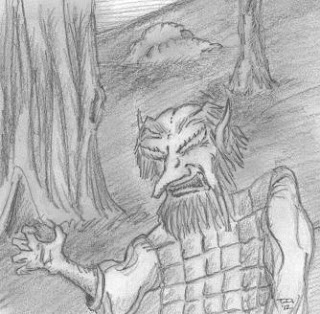 Posted by landlord dombrowski at 5:52 AM No comments:

My illustration of a fighter and magic user facing a dragon: 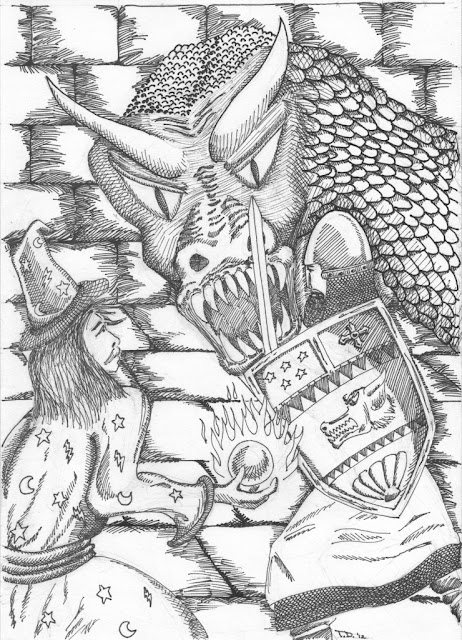 My inspiration for the fighter, especially his shield, comes from this illustration, by my favorite rpg artist, Dave Sutherland: 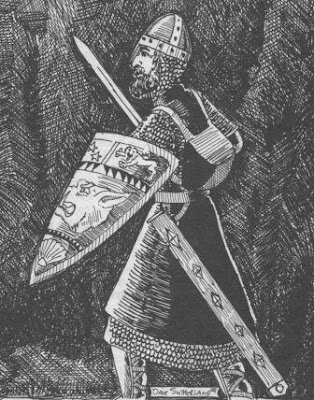 This drawing appears in G2, The Glacial Rift of the Frost Giant Jarl.
Posted by landlord dombrowski at 12:56 PM 2 comments:

I have been perusing my two most recent purchases (pdfs): 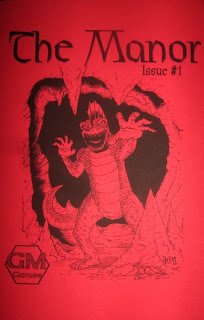 What I like best is the extreme usability factor. Things you can read and then drop in that very night to just about any "standard," "traditional" campaign (whatever that means, yet I think we know). In this first ish, my favs are the forest encounters -- great for riffing off -- and the Salt Pit adventure. I personally like the pdf rather than print (I will print off what I'll use and put in binders), going against the os grain I guess, maybe because I just spent a few years trading and selling thousands of comic books and magazines, down to about 600 now, which I'll keep.

I’m going to supplement the Salt Pit adventure with this pair of evil halflings.  Either they will try to insinuate themselves into the party or follow them into the pit, wait for an opportune moment, and attempt to steal from or ambush the party:

These two are thoroughly evil, cruel, deceitful, and duplicitous. Former servants of the evil Queen Lar, Cnut and Hugo narrowly escaped the renowned collapse of her fortress, in which she was buried beneath a huge pile of rubble, and presumed to be killed, along with her paramour Ijub-Niron, a High Priest of Malcor, and most of their followers. Since then, Cnut and Hugo have been travelling the land under the assumed names of Rollicko Goodfriend and William Masonson, making use of their considerable juggling and tumbling skills to pass themselves off as wandering entertainers.

Both Cnut and Hugo wear amulets that will magically enable them to teleport back to the site of the fortress at will.  The amulets function this way only for those who have been branded by Queen Lar.  Cnut and Hugo will only use this in desperation, at the last minute, to save their skins.  They fear returning to the rubble where they might encounter any surviving minions of Queen Lar who might hold their desertion just before the collapse against them. 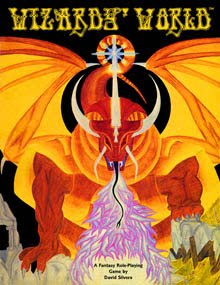 I haven't had too much time to delve into this.  I'm looking forward to reading it in detail when I get the chance. I feel like it might reawaken a dormant case of gamer add in me (these days I stick to D&D) -- might get the temptation to try to start something with it (maybe a fun summer activity).  At any rate I'll most likely steal stuff from it.

Both good purchases, at good prices!

Meanwhile over at The Breach appears this post sort of about the death of the blog. Just when I start.  Figures.  The only times I've ever been on the “cutting edge” were with the Vic-20 and Holmes Basic. Ever since I've been comfortably falling further and further behind.